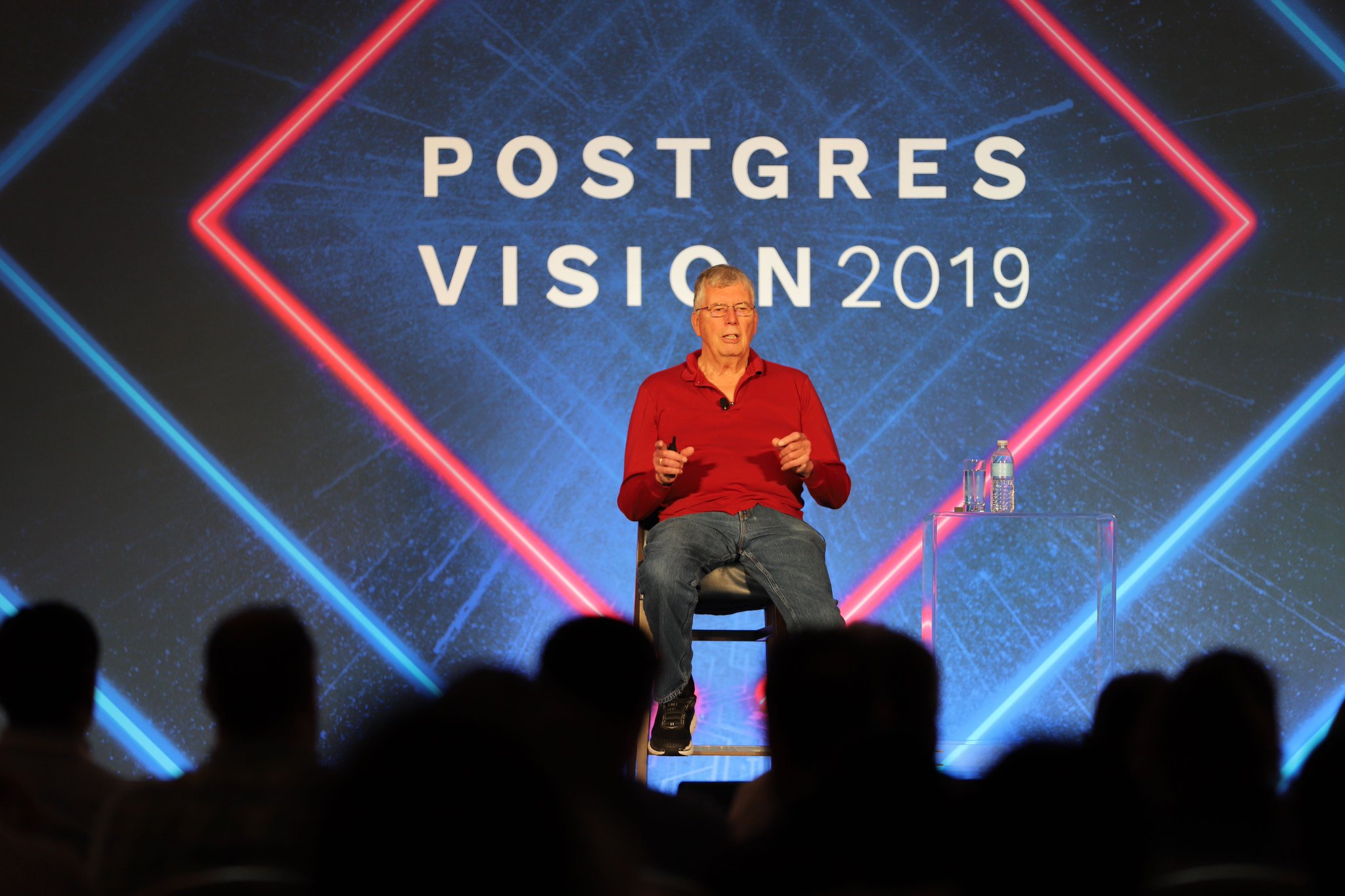 It was inspiring to hear the original architect of Postgres, Michael Stonebraker, reflect on the early days – the highs and the lows of Postgres development over a 10 year period. Revisiting his remarks when he was awarded the Turing Award (known as the "Nobel Prize of Computing"), Dr. Stonebraker drew parallels to a bicycle ride across America and how perseverance and serendipity played significant roles in both Postgres development and the bicycle trip.

Both ventures start with great promise and exhilaration – starting up an initiative in 1984 at Berkeley to create a new database that would go beyond the shortcomings of Ingres, thus “Postgres”. And, in 1998 on June 4, departing from Anacortes, Washington on a tandem bike with his wife for a cross-country trip. In the development of Postgres, there were technical setbacks in the 1986/87 timeframe with lots of coding work discarded and a new direction forged. On the bicycle trip, there were tough times, too, on day 15 in the mountains leading to the Continental divide and day 26 in North Dakota with high headwinds that lasted for days.

There were 39 students and staff at Berkeley who created Postgres under the direction of Dr. Stonebraker and Larry Rowe. Fast forward 24 years and Dr. Stonebraker gave credit to EDB and others for continuing to shepherd the development of Postgres. He called Postgres as an example of “open source at its best” and echoed remarks from yesterday that there is “no one individual in charge of Postgres”.

Containers are the Future 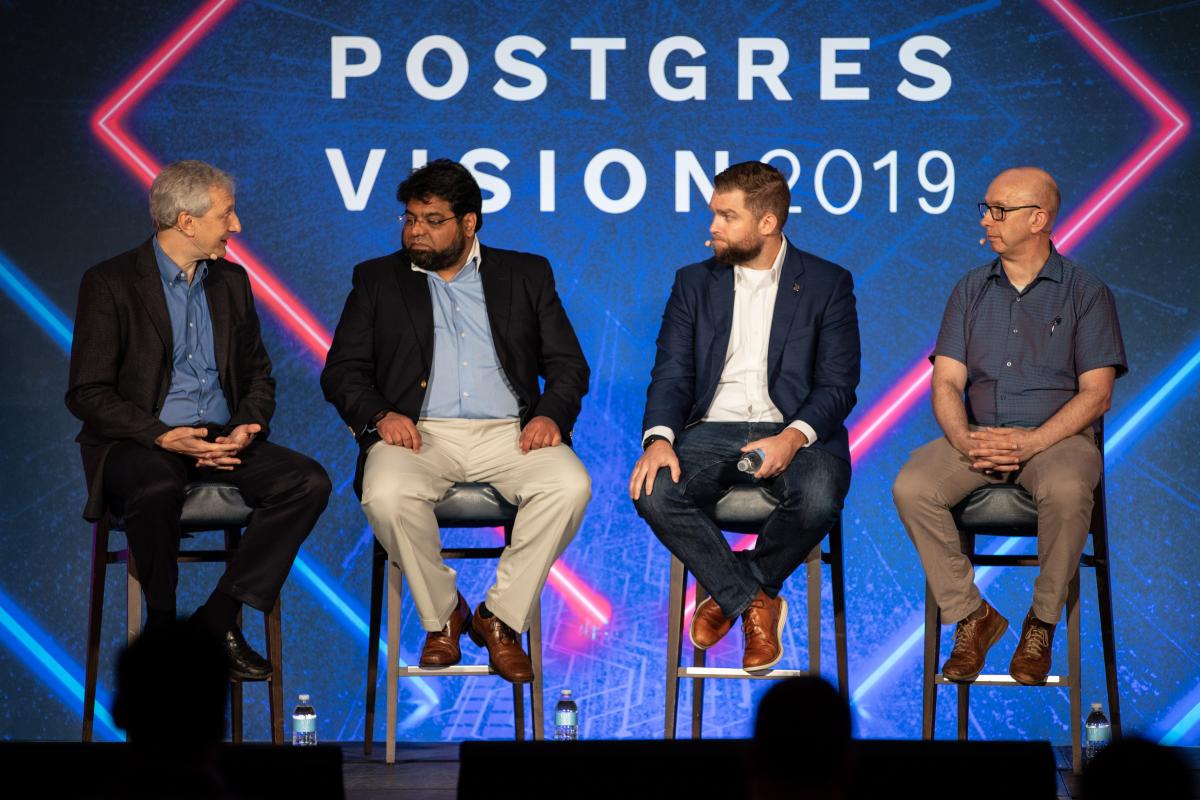 Ken Rugg, chief product and strategy officer, hosted a panel looking at the impact that emerging technologies like containers and DevOps will have on databases and Postgres. Benny Rutten, from a financial services company in Belgium, commented, “Containers are the future and in five years, containers will be the only thing we run applications on.” 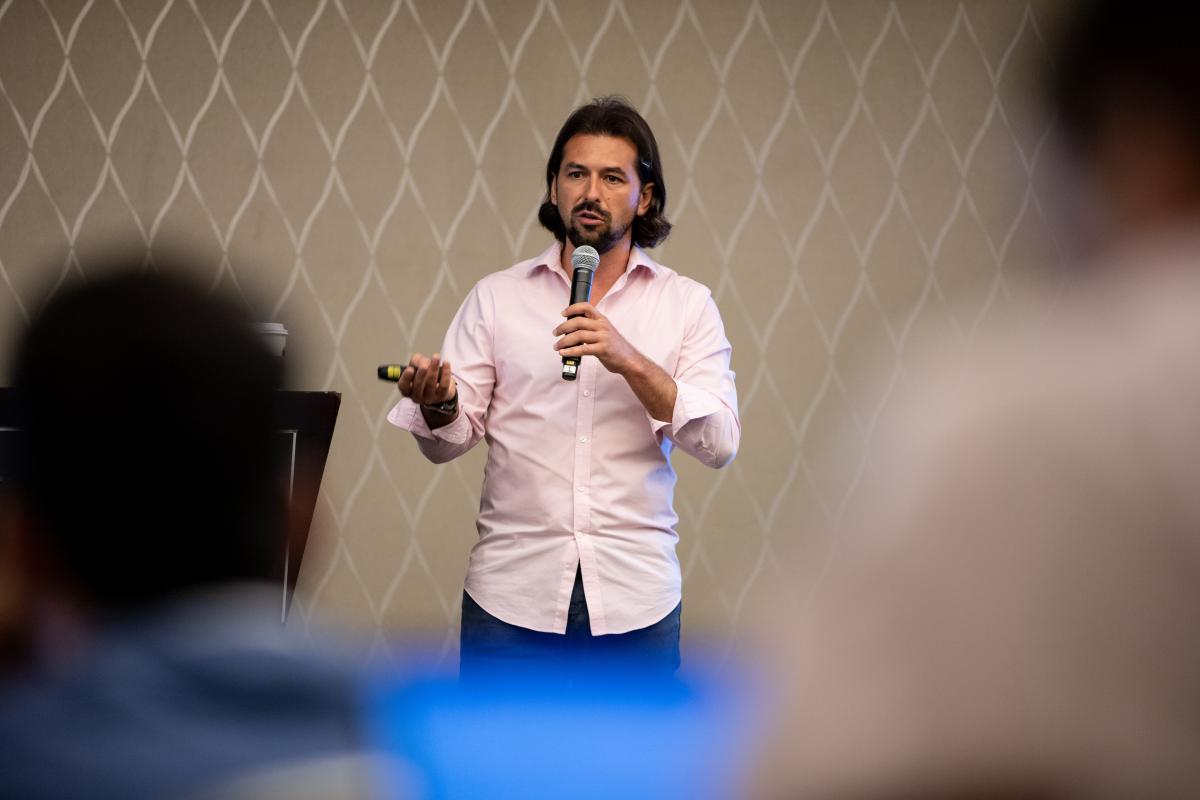 Alvaro Hernandez, the Founder of Ongres, reviewed a 5-month project evaluating performance benchmarks comparing PostgreSQL 11.1 and MongoDB 4.0. He stressed that all of the code used in testing is open source and available on GitLab so others can independently reproduce and audit the results. “The benchmark was designed to be reproducible and run on a public cloud, so anyone who wants to compare Postgres and MongoDB can easily do so,” he said. Three benchmarks were established: - Transaction processing - Online transaction processing (OLTP) - Online analytical processing (OLAP) Throughout the testing measuring performance on various workloads, Postgres consistently delivered higher performance than MongoDB. A report on the testing methodology and results are available for download here.

And So, It Ends

There you have it, Postgres 2019 is in the books. Thanks to everyone who joined us, our sponsors and speakers. We look forward to an even bigger and better 5th annual Postgres Vision next year.