When to Use Server-Side Logic 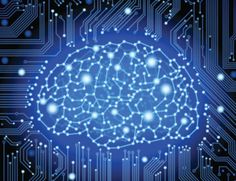 The use of server-side logic, particularly stored procedures, has been a highly contentious topic among database professionals for decades. The question has always been what amount of logic should be encoded in the database vs. in client applications or application servers.

Beyond using the database as a simple data store, there are three levels in which logic can be added to Postgres:

Let's look at each of these in turn:

Now, on to the question of when to use these features. Some Postgres users use none of these features for reasons of performance and portability. Others use all of them, and require applications to call stored procedures to perform tasks, rather than issuing sql statements. This allows database administrators to control every aspect of database access. For most users, the best solution is something in the middle, and figuring out when to use what can be tricky.

Triggers can be avoided by having applications perform the checks and queries that triggers would have performed. Performing data checks application-side have the same downsides as avoiding database constraints. Additional application queries necessary when triggers are avoided can lead to slower performance due to network round-trip delays.

Avoiding manually-called stored procedures requires all logic to be in the application. This can lead to serious slowdowns because if a function cannot be used in a where clause, the entire data set must be transferred to the client application where filtering can be done.

Bruce Momjian is a co-founder of the PostgreSQL Global Development Group, and has worked on PostgreSQL since 1996 as a committer and community leader. He is a frequent speaker and Postgres evangelist and travels worldwide appearing at conferences to help educate the community on the busin ...