There are currently four types of JDBC drivers, each with its own implementation, use, and limitations. The EDB JDBC Connector is a Type 4 driver.

The following figure shows the core API interfaces in the JDBC specification and how they relate to each other. These interfaces are implemented in the java.sql package. 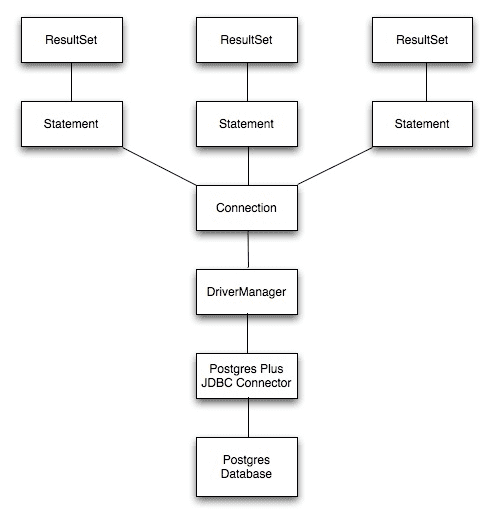 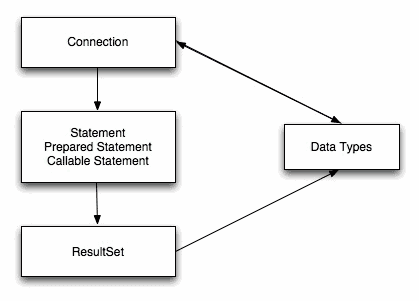 This figure depicts the role of the DriverManager class in a typical JDBC application. The DriverManager acts as the bridge between a Java application and the backend database and determines the JDBC driver to use for the target database. 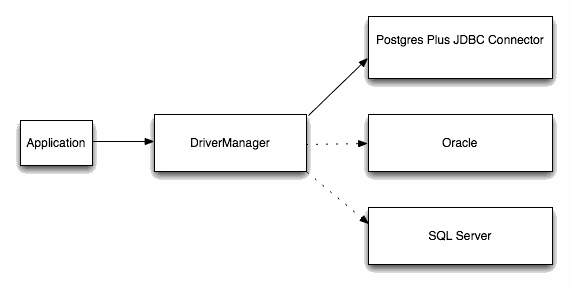 This is the current version of the driver. Unless you have unusual requirements (running old applications or JVMs), this is the driver to use. This driver supports PostgreSQL 9.6 or higher versions and requires Java 8 or higher versions. It contains support for SSL and the javax.sql package.