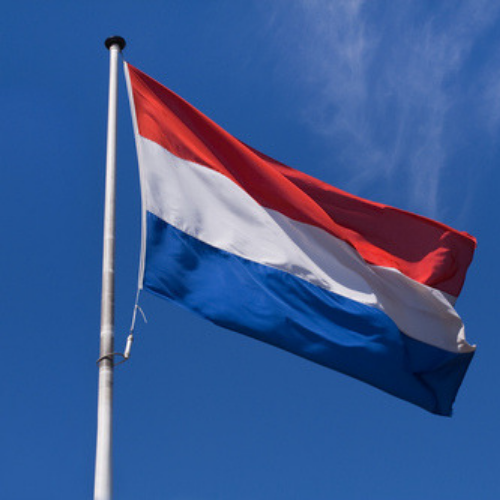 The travails of the Dutch public sector and its adoption of IT has long been a topic of discussion in the Netherlands, but an investigation by Financieel Dagblad last year really emphasised the scale of the challenges. With the suggestion that numerous Government IT projects overran to the tune of €1 billion it has led – somewhat understandably - to calls for much stricter administration of IT contracts.

The role of BIT has the potential to support proper governance and the Rijkscloud will bring efficiencies and scale to public sector procurement. However, judging by the media coverage there is still scepticism that the public sector has the skills to deliver massive IT projects on time and on budget. It is not an excuse, but I would say that the Netherlands is not alone in dealing with these challenges. At a time when economies across the region are facing a squeeze on public coffers all my European colleagues are saying the spend on Government IT projects is very closely scrutinised in their markets as well.

This does not gloss over the problems in our country. There are clearly issues, but I am not pessimistic. I am seeing a significant change in the way Dutch public sector organisations are planning and implementing IT systems.

EnterpriseDB has been selected in the Rijkscloud for various central government projects, but given the media reports it would be easy to be sceptical about the potential for an open source-based database to succeed in what has been depicted by Financieel Dagblad as a very unsavvy, not forward looking environment for IT adoption.

My experience suggests something very different.  I am seeing a strong appetite to adopt open source, in particular PostgreSQL for database applications.  PostgreSQL already has a significant presence in the Dutch public sector and EnterpriseDB is working with 13 ministries across the country.

Perhaps inspired by a desire for a radically different solution, which could avoid the dangers of vendor lock-in, and therefore the potential for project overrun, open source is seen as the clear alternative to closed source commercial databases. Yes, there are dramatic cost efficiencies using open source, but what is so telling now, though, is that public sector organisations are coming to me to run their mission-critical applications. They see it as the strategic direction for their database infrastructure, because it offers them feature equivalency compared to the traditional commercial databases; and more importantly, they know they are part of an active community that continues to innovate. This is vitally important in the digital era, because the need for agility, collaboration and market responsiveness is not suited to elongated product cycles of closed source software. A healthy thriving community, such as PostgreSQL, offers constant improvements to software, which closed source software simply cannot afford to do. It ensures new functionality and patches are brought to market at a much faster pace.

And if these positives are not enough, do not forget that open source software does not tie you in knots with complex licensing if you try to leave! Breaking down the myth around vendor lock-in and showing that open source truly offers customers more freedom and choice definitely has been one of the reasons for our growing uptake in the Dutch public sector.

Another is that the old argument open source is not ready for the enterprise has been proven beyond doubt to be ridiculous. Just look at the most recent Gartner Magic Quadrant for Operational Database Management Systems. EnterpriseDB is in the report for the sixth year in a row. This underlines the robustness and sustained innovation being undertaken to expand the functionality of PostgreSQL.

If PostgreSQL is so popular in the public sector, what is to stop your organisation from adopting it and supporting it in-house?

I heard a very good analogy from a distinguished colleague of mine, Bruce Momjian, who is also one of the founding members of the Global Postgres Development Group. He suggested that there is nothing you can get at a restaurant that you cannot make for yourself at home. However, restaurants still exist and are doing quite well, because we all understand the value of an expert chef cooking ingredients to come up with dishes that we would like to eat.

Similarly, you could very easily download PostgreSQL and start to experiment with it in-house without working with a vendor. Indeed, many of our customers start out using PostgreSQL in test environments, but then when they start to expand their adoption, look at integrations with other critical applications and consider the cost of maintaining an in-house PostgreSQL team it becomes more cost effective to consider partnering with EnterpriseDB. This is common sense when they are running such vital services for citizens in this country. Thriving open source communities are brilliant at innovating and responding to the latest developments, but they are often not interested in the day-to-day management and servicing of such applications. In enterprise environments this is crucial and it is where EnterpriseDB has worked hard to build tools, which give customers confidence to use PostgreSQL for mission-critical applications.

There is a healthy cautiousness in this country among policy makers and IT professionals about the roll-out of major IT projects in the public sector, but I believe open source is showing a way to avoid the failures of the past. The combination of sustained innovation and openness when combined with its cost efficiency and the support of partners like EnterpriseDB have completely changed the dialogue around open source in the Dutch public sector. And I don’t think I’m being overly confident when I say open source solutions, such as PostgreSQL, are going to play a much more significant role in public sector IT strategies moving forward!

Joost Wasser is a Public Sector Account Executive at EnterpriseDB.