How Bulkload performance is affected by table partitioning in PostgreSQL

SUMMARY: This article covers how benchmark tests can be used to demonstrate the effect of table partitioning on performance. Tests using range- and hash-partitioned tables are compared and the reasons for their different results are explained:

The hardware specification of the machine on which the benchmarking was performed is as follows: 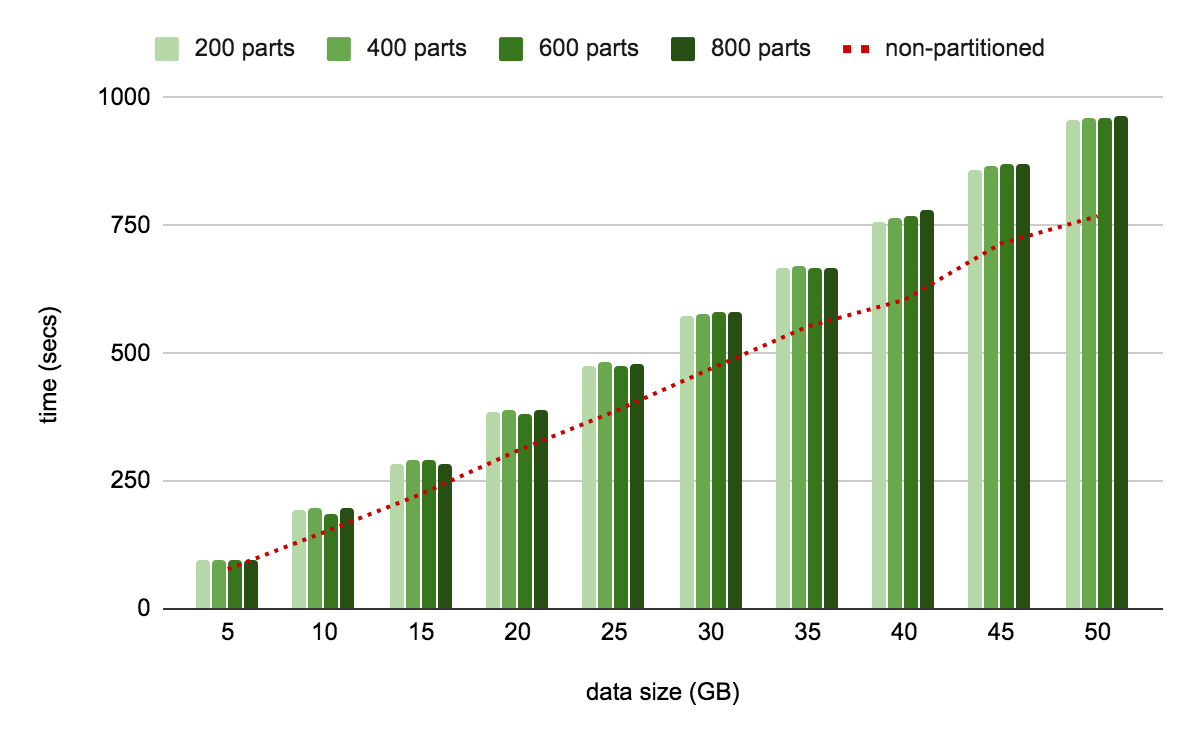 The red dotted lines in this chart show the performance for an unpartitioned table across different data sizes. It is evident that the range-partitioned table takes a slightly longer time, but increasing the partition count hardly influences the load time. 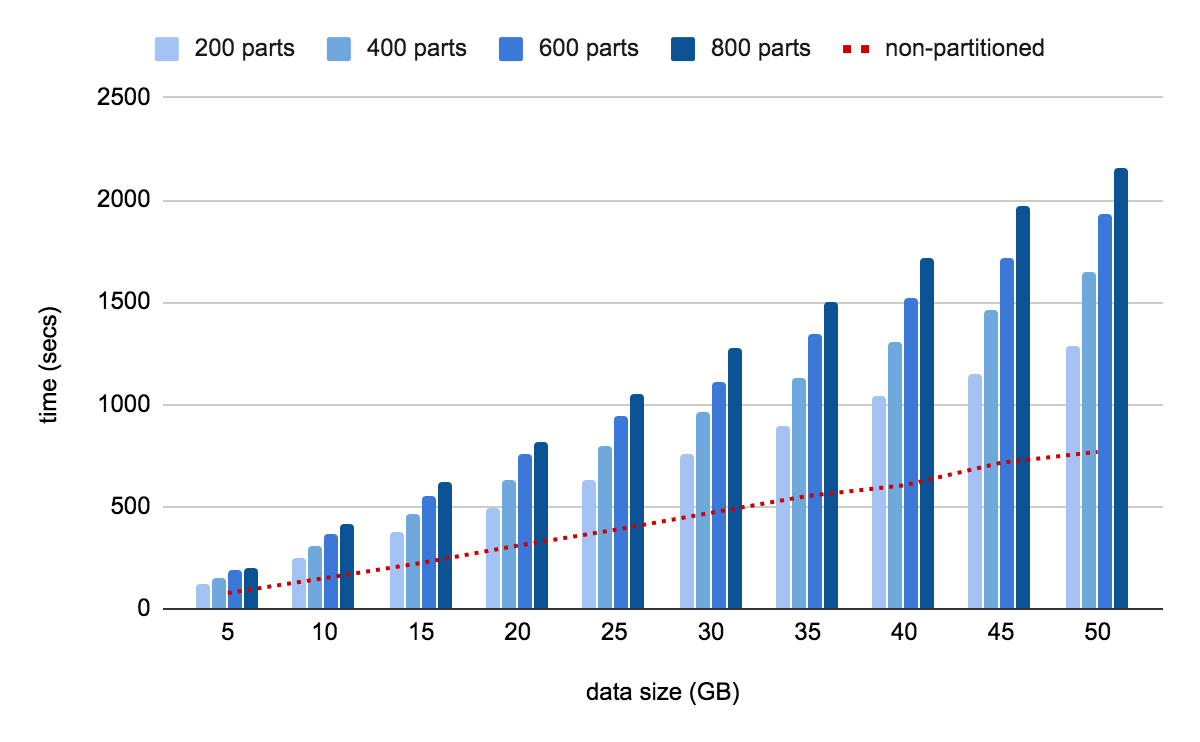 Here are two graphs that merge the results of the range and hash partitions to distinctly show the difference between the two types. 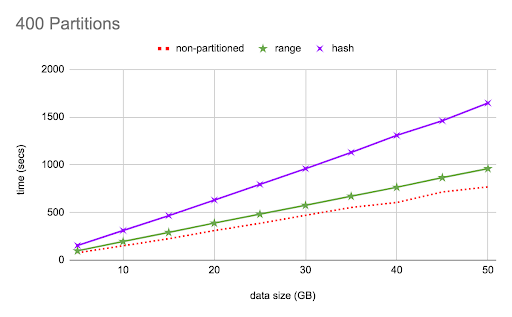 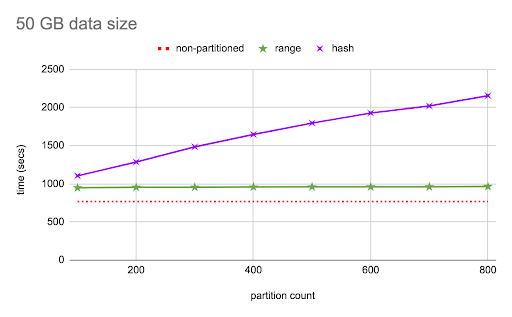 Though size plays an expected influence on the load time, the hash partitioned table is also profoundly impacted by the number of partitions the table has.

To understand this, let us look at how pgbench partitions and inserts data into the table. The pgbench_accounts table is partitioned on the aid column, which is called the partition key, and a series of data for aid values are generated in sequence (from 1 to pgbench_scale * 100000) and inserted using the COPY command. In COPY the tuple routing parameters are set for the partitioned table, and then the data is inserted. The range-partitioned table splits data based on the data value such that each partition can hold all tuples with aid values that fall within the range, and the hash-partitioned table uses a modulo operator on the value being inserted, and the remainder obtained by performing the operation is used to determine the partition into which that value will be inserted.

When using COPY for data ordered on the partition key column, no matter the size or the number of partitions, the operation would take about 20–25% more time than an unpartitioned table. If the data being copied is unordered with respect to the partition key then the time taken will depend on how often the partition has to be switched between insertions.

To speed up a COPY operation, it is advisable to have data sorted according to the partition key of the table so that there is minimal partition switching.