The Schema Diff Tool in pgAdmin 4 allows you to compare objects between two databases or two schemas. It allows you to compare tables, views, functions, sequences, packages, procedures and other database objects between two schemas/databases. It will report any discrepancies between schemas such as missing or mismatching procedures, tables, triggers, columns, indexes and constraints. It also will detect column discrepancies such as data type, nullability and defaults.

It saves time and effort when comparing and synchronizing database schemas on PostgreSQL server and EDB Postgres Advanced Server.

The Schema Diff Tool allows you to:

To access the schema diff tool click on Schema Diff under the Tools menu to open the selection panel.

You can select the source and target servers of the same major version, and databases/schemas to be compared. You can select any server listed under the browser tree whether it is connected or disconnected. If you select a server that is not connected then it will prompt you for the password before using the server if required.

Next, select the database or schema that will be compared. The database can be the same or different (and within the same server or from different servers).

After you select servers, databases, or schemas, click on the Compare button to obtain the Comparison Result:

You can use filters to view the database objects based on the following comparison criteria: 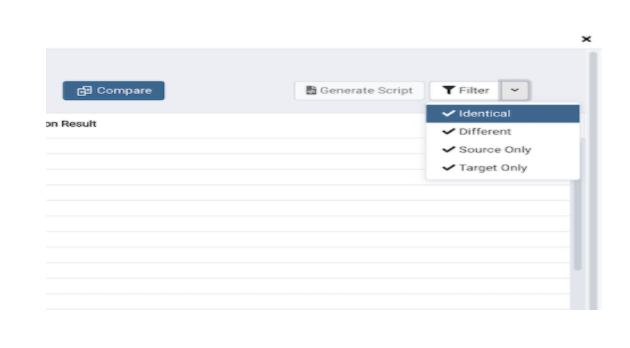 DDL View of source object, target object and their difference 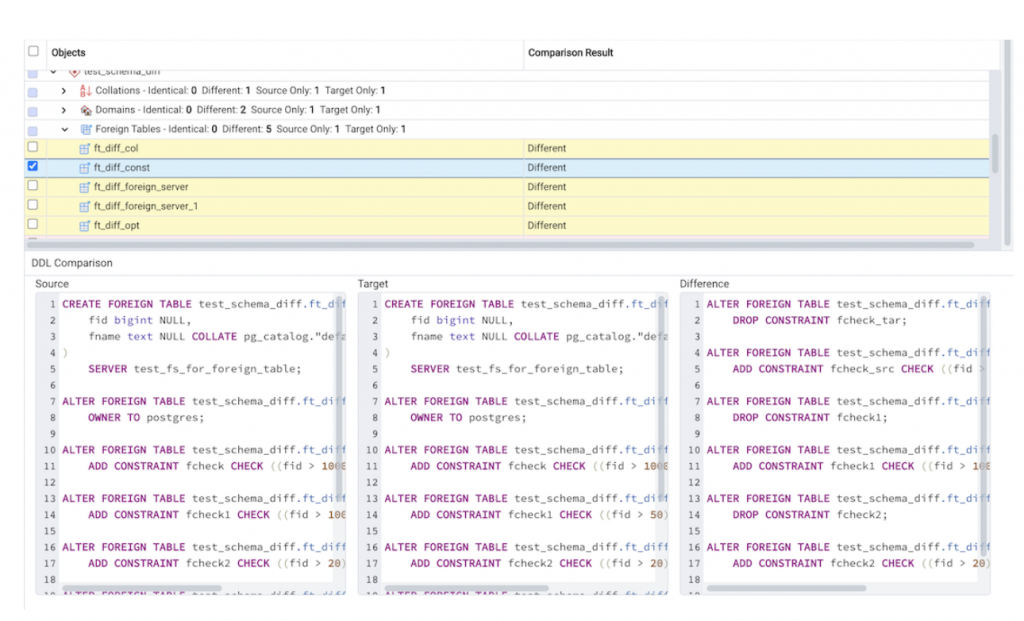 You can generate an SQL script to synchronize the target database with the source database. To generate the script, select the checkboxes of the database objects you wish to synchronize in the object comparison panel and then click on the *Generate Script* button in the upper-right hand corner.

A new Query Tool panel with the SQL script to be run on the target database will be opened for review, modification (if desired), and execution. 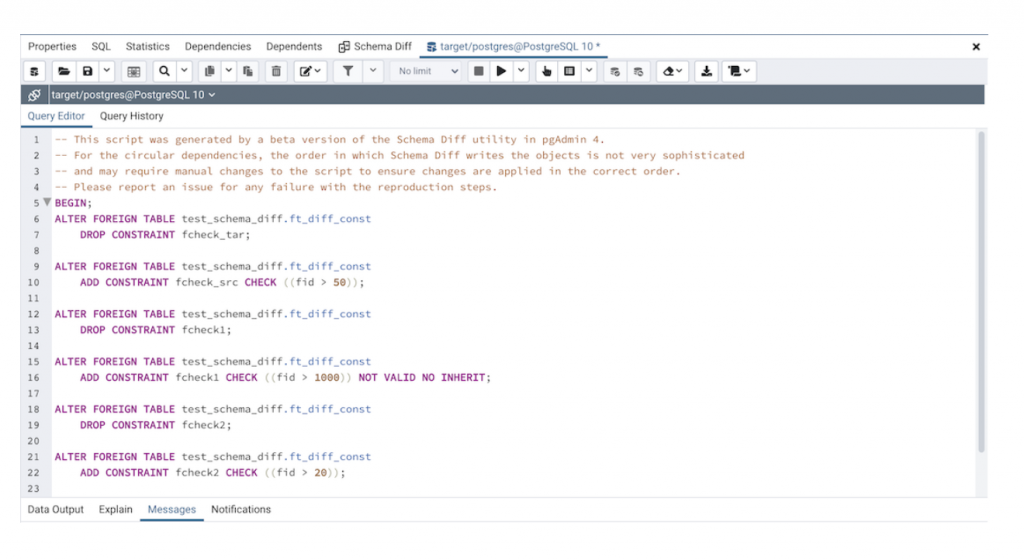 The Schema Diff Tool is a very useful database comparison tool to compare two databases or schemas and generate a synchronization script. Dependencies are automatically resolved when you select any object and the tool finds it is dependent on some other object, and that object or objects are automatically selected. It saves time and manual effort to compare two databases or schemas.