Open Source Software in the Enterprise Has Never Been Healthier 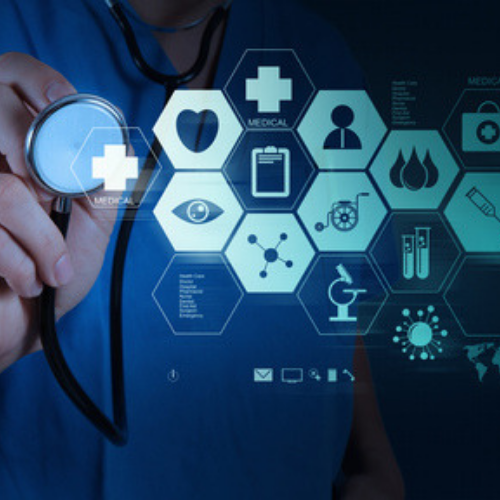 To see why this conclusion is in error, we first have to understand how enterprise IT adoption has evolved.

Over 40 years IT departments have grown up on a diet of very expensive, but highly reliable database and enterprise applications. Even now CIOs still have the fabled words "No-one ever got fired for buying IBM" ringing in their ears. IT decision makers were, and still are, understandably cautious about purchase decisions as their businesses have become more reliant on these applications. With IT so mission-critical, CIOs have come to expect first class support to ensure the stability of these critical systems with reliable service providers standing behind them.

But open source turned the situation on its head. With its arrival enterprises were told to dump their long-standing vendor relationships and highly customised on-premise databases for untried open source alternatives, because it would drive cost efficiencies and speed up innovation cycles. At first, CIOs in mainstream organisations refused, worried by the lack of support and SLAs that the traditional commercial vendors offer. However, disruptive competitors in traditional industries like financial services found that unburdened by legacy IT systems, they were able use open source to move more quickly than the incumbents. The pressure to adopt open source accelerated following the financial crash when money was short, even in mainstream, risk-averse organisations, as they sought to keep up, innovate and reduce their existing IT expenditures.

They did not throw caution completely to the wind, however. In highly regulated industries such as financial services, companies cannot tolerate IT system failures - they cost CEOs their jobs. They still demand the reassurances of traditional enterprise IT arrangements, namely enterprise SLAs, 24/7 support and the ability to get bug fixes fast. So they looked for the equivalent in the open source world.

This suggests a far greater level of comfort with the software than in years gone by. They are certainly far from lukewarm about the technology.

We've come a long way since the days when my colleague Bruce Momjian said it was rare for someone to earn a living from open source software. It is positive that employers are encouraging their staff to engage with open source, because it overcomes the tricky question of how to get paid for contributing to free software. Indeed, this is all part of a significant maturing of attitudes in large corporates when it comes to open source. They may not contribute directly, but funding their employees, who make contributions, is equally important to maintaining the vibrancy of such communities.

In addition to all this employee participation, there is another important way that enterprises contribute to open source projects. That is by working with the software vendors that are the primary contributors to these projects. Of course this isn't done for altruistic reasons. Aside from providing enterprise customers with the support they need, these vendors drive the open source projects forward in a way that helps both the companies paying them and all other users of the software.

At EDB we are contributors to PostgreSQL and provide support to the community version of PostgreSQL, as well as proprietary tools and services and an enterprise-ready version of Postgres. In this way we can be assured of the quality of the core database while customers and users can choose between community and commercial versions according to their needs.

I am confident open source adoption in the enterprise will continue to grow and mature. Employers will embrace open source software as it becomes strategic to their businesses and IT strategies, because it will underpin their agility and responsiveness in the digital era.

However, if employers do not want to increase their corporate contributions to open source projects that is also OK. Many businesses are too busy running their operations to have time to commit code to individual open source projects, but they want to work with partners who do. This gives them access to the benefits of open source, but also gives them the reassurances of support that are vital for mission-critical enterprise applications.

This article first appeared in Computing on January 9, 2019.

Ken Rugg is EDB's Chief Product and Strategy Officer and is charged with leading the company's product and strategic vision. Prior to joining EDB, Ken was the founder and CEO of Tesora. The Tesora DBaaS Platform, based on OpenStack Trove, let enterprises provide self-service database provisioning and full lifecycle management to their developers across 16 different databases, including Postgres, MySQL, Oracle, MongoDB, Cassandra and others.