How to benchmark partition table performance

Summary: This article covers how to use the pgbench benchmarking module to create partitioned tables in PostgreSQL 13. It includes tables showing the results of sample testing and describes the benefits of partition testing for range queries:

With the addition of declarative partitioning in PostgreSQL 10, it only made sense to extend the existing pgbench benchmarking module to create partitioned tables. A recent commit of patch by Fabien Coelho in PostgreSQL 13 has made this possible.

partitions : This must be a positive integer value

partition-method : Currently only range and hash are supported and the default is range.

pgbench will throw an error if the --partition-method is specified without a valid --partitions option.

I performed a few tests using the new partition options with the following settings:

The hardware specification of the machine on which the benchmarking was performed is as follows:

Tests were run for both range and hash partition types. The following table shows the median of three tps readings taken and the tps increase in percentage when compared to the non-partitioned table. 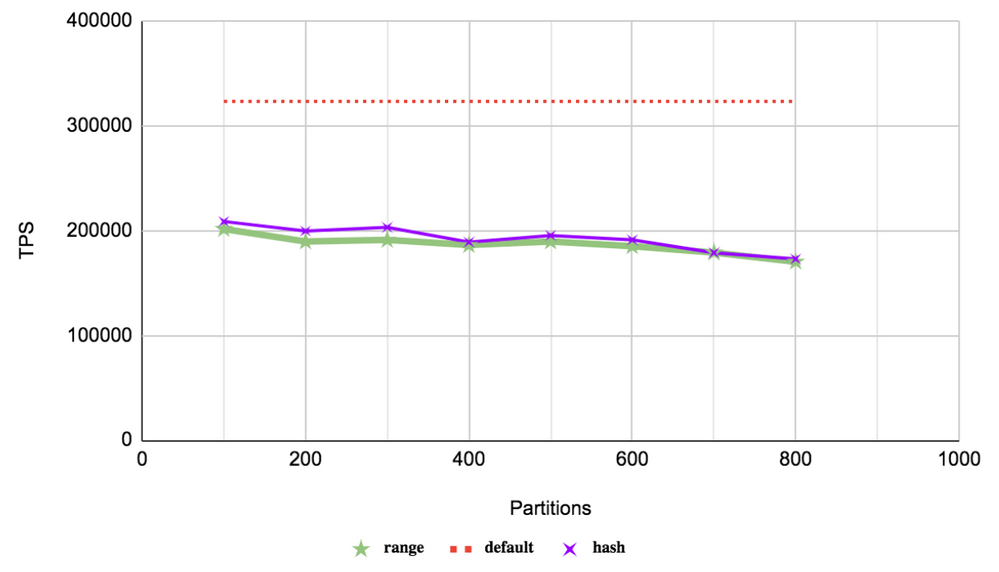 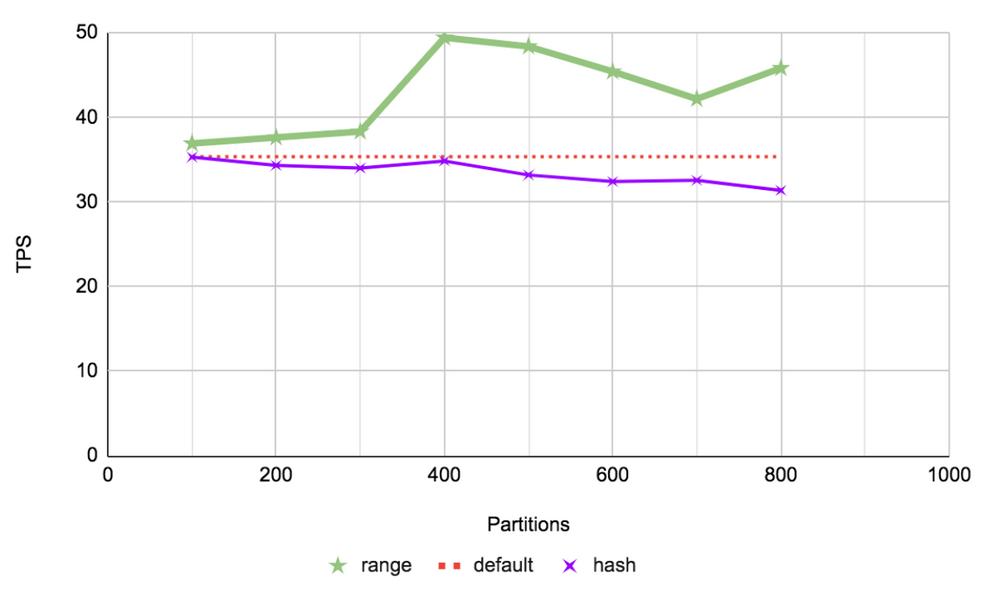 In this type of query, one million rows — which is about 0.002% of the total entries — are targeted in sequence. In the non-partitioned case, the singular primary key is searched for all of the given range. As in the previous case, for the partitioned table, partition pruning is attempted before the index scan is performed on the smaller indexes of the selected partitions.

Given the way the different partition types sort out the rows, the given range being queried will only be divided amongst at most two partitions in the range type, but it would be scattered across all the partitions for hash type. As expected the range type fares much better in this scenario given the narrowed search being performed. The hash type performs worse as it is practically doing a full index search, like in the non-partitioned case, along with bearing the overhead of partition handling.

We can discern that range-partitioned tables are very beneficial when the majority of the queries are range queries. We have not seen any benefit for hash partitions in these tests but they are expected to fare better in certain scenarios involving sequential scans. We can conclude that the partition type and other partition parameters should be set only after thorough analysis since the incorrect implementation of partition can tremendously decrease the overall performance.

I want to extend a huge thank you to all those who have contributed to this very essential feature that makes it possible to benchmark partitioned tables: Fabein Coelho, Amit Kapila, Amit Langote, Dilip Kumar, Asif Rehman, and Alvaro Herrera.