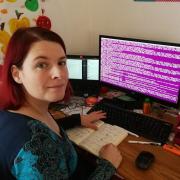 Another year is passing by and another version of Postgres is here!

The PostgreSQL project roadmap is quite simple for any Postgres user: there is a new major version each year around the months of October and November and minor versions each quarter (unless there is a critical bug to fix). Why can't we simply give a date? Because it will come when it is ready. So, instead of delivering a buggy version to respect a deadline, the Postgres project is meant to ensure that your company’s overall performance benefits from the quality of this version before releasing it.

For example, we were excited to explain to you, as a Postgres user, the new JSON features in Postgres 15. We learned the sad news on the 2nd of September that most of those features or performance improvements won't be added to PostgreSQL 15, because the developers didn't have the time to review and test the code thoroughly enough. If the project can't be sure of the stability of a feature (or a set of features), we'd rather postpone that feature––this will help ensure that when you upgrade Postgres, you can do so with confidence.

Before explaining the Postgres project roadmap in detail, be sure to check the Postgres version you have first. Then, let’s ensure we're on the same page by defining what major and minor versions developers have made in this upgraded open source application.

A minor version includes only fixes. It can be security or bug fixes. There is no new feature in a minor version. Another well-known word for the minor version is "patch". Upgrading to a minor PostgreSQL version is easy. You just need to stop Postgres, upgrade the binaries, and start Postgres. This can be done with near-zero disruption easily by using physical standbys.

A major version includes new features. It can of course include fixes, but normally those fixes will be backported to the 5 previous versions too. With a major upgrade, you will need to update the Postgres internal data tables. That's what the pg_upgrade tool does. The statistics will be cleared. That's why analysis is needed after a major upgrade. You can still achieve a near-zero disruption upgrade by using a logical standby, but it is more complex.

The Postgres project has several commit fests where patches can be reviewed, improved, accepted, rejected. The feature freeze occurs in April, so normally the March commit fest is the last one where features can be added to the next major PostgreSQL version. Right after the feature freeze, in May, the first beta is released. Depending on the need, 2 or 3 other beta versions will be released before September. Then, between the end of September and the beginning of October, an RC version is released. The new version is finally released at the end of October, or the beginning of November.

During the following weeks, we will explain several new features you can enjoy when you install PostgreSQL15. We will go into depth on how this Postgres version works as an open source strategy in a series of posts on the EDB blog. These features were selected either because of their usefulness for your project workloads or because they are near to our hearts.

These blogs will cover:

When it comes to upgrading your Postgres version and managing your business’s database software, EDB is here to help. Contact us to learn more about Postgres 15 today!

Psycopg2 to Psycopg3 migration in pgAdmin 4

Recently the Psycopg project released a major version, Psycopg3. pgAdmin 4 is immensely dependent on psycopg2 as it is being used as a database driver and the pgAdmin team decided...
January 15, 2023

How to setup Two Factor Authentication in pgAdmin 4

Two-Factor Authentication (2FA) works by adding an additional layer of security to your online accounts. It requires an additional login credential - something you have - to gain account access...
January 15, 2023