Postgres Support: Why Is It So Important? 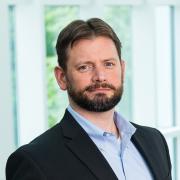 Open source and purely commercial databases have been living together for a long time, but the open source model continues to gain more and more momentum. The reasoning in favor of open-source is strong but varying, depending on the license model any given project follows. You could be leaning toward something with more diversity in innovation; you may be seeking more democracy in code influence; or, you might just simply be looking to have more control over your costs. My colleague Marc Linster, CTO at EDB, talks about those models, values and challenges in is webinar 5 Tenets for 2022 Database Planning.

Postgres itself has been available for nearly twenty-four years and is regarded as a highly-responsible and stable product. However, though you’ve already made the decision to use Postgres, it’s key to understand that the freedom of open source and Postgres is not defined by a freedom from responsible actions. Some of those are clear, while others may be only discovered the hard way.  Let’s look at one example EDB Support experienced.

Last year, we received a case from a customer who was facing intermittent problems in their production environment. They’d been a customer of EDB for several months and hadn’t reached out to our Support teams yet, so we were coming in cold.

So, what sort of problems? At times, they would see application performance go from “normal” to “bad” and back again. Sometimes this would take five minutes, sometimes it would take five hours. The time of day wasn’t consistent, nor was the number of users.

Though the customer was in production, they had very limited monitoring in the database environment. They did happen to have log files, which was helpful. They also sent us a copy of their postgresql.conf and pg_hba.conf.

We didn’t see much that would cause this sort of scenario. The usual parameters seemed to be set appropriately, both for the parameters which serve live connections, as well as the parameters serving maintenance operations.

The customer had reached out in a state of urgenc, and hadn’t yet provided the version information on Postgres itself. We instructed them to use the postgres command.

Hmm. Well, that sometimes does happen, most commonly because of the binary not being in the system PATH itself, but there’s more than one way to get the answer.

9.4 itself was released in 2014, but there weren’t many common situations in which this sort of behavior would present itself. So, we dug a little deeper by taking a step back.

Is it just the database?

This is a running theme, and critical to solving problems in technology: when faced with a problem, consider the simplest answers first. Is this really a database problem, or is the database just an unfortunate citizen of an environment which is experiencing problems either at a host or network level?

“Are you monitoring the environment itself?” They were using a SolarWinds implementation. They saw no significant problems there, at least for the most part:

9.4 was older, but it was also worth knowing what maintenance version of 9.4 they were running. Defects are fixed constantly in Postgres, and it was possible they were experiencing any one of a number of rare-but-possible memory conditions that existed in the early versions of 9.4, but were fixed in later maintenance releases.

Back to the command line

Now that we knew the path, the command we’d had the customer use earlier could be used in the path itself.

Being one of the mid-stream releases of 9.4, this narrowed down our options greatly for known problems with the code, so we went back to the first “rough edge” in the case.

How was this installed?

PATH issues aren’t so rare as to be unheard of, but the most common reason for the failure of the postgres -V command is the installation.

This, in fact, was the culprit here; the customer’s original DBA chose to compile Postgres themselves, rather than leveraging usual yum, tarball, or binary options. They sourced their extensions independently, rather than making use of the list of extensions distributed normally in the source code. There wasn’t any meaningful documentation to detail the versions, configuration, or any changes which may have been made to the database code itself. While the last point was rather unlikely, the former meant that we had a patchwork of code and extensions with no real frame of reference for reliability.

Ultimately, we asked them to perform a dump and restore to a freshly-created installation of Postgres from the community’s yum repositories. This allowed them to escape not only the questionable source compilation but also the extension challenges and one other piece we didn’t yet mention:  upgrades. When they did this, they did install 9.4, but the yum install applied the most recent version of 9.4 (which, at the time, was 9.4.20). Upgrades were then simplified, and the codebase was safer with no gaps in extension currency.

Once they were up and running in the new instance, the symptom no longer occurred. There were multiple theories—they did identify crosstab user behavior was leveraging heavy use of an older build of tablefunc, and there were a small number of rare defects which were fixed in the maintenance release they upgraded to; however, with no smoking gun and an unreliable deployment, the fastest way to a stable environment was to rule out the integrity of the database itself.

There are many organizations that are self-sustaining in their use of Postgres, and some even contribute to the community, either in the form of the database itself or in extensions and other tools. If you have the resources and the discipline to share the responsibility of the database integrity beyond just configuration, you can absolutely be successful without the assistance of another vendor.

It all depends on your goals. Many organizations prefer to adopt the excellence and experience of a vendor whose business is Postgres, rather than to build their own wealth of skill and experience. This may allow your development teams and IT organizations to focus solely on your product and your customer goals.  When you seek a vendor’s help, their #1 goal should be your success.  It’s the only metric that matters to you.

The recipe for success shouldn’t vary from one credible vendor to the next:

This last one is perhaps the biggest component; the right vendor will support your questions with advice and guidance; this actually helps to avoid situations like what we described above. “Can I compile my own source?” is a question which has both answers and recommended choices.

In the case I’d outlined above, things had gone horribly wrong from the start—they just didn’t know it for a long while. The customer took on the responsibility of compiling their own code, but didn’t maintain a body of knowledge as to how they did so or how to maintain it. Without a vendor there to guide them, they’d unknowingly taken risks in their stability, performance and integrity. However, it took only a single interaction with our technical support team to help guide them to a healthy deployment.

While I’m preferential to our delivery—as are our customers, who have declared Technical Support as one of the strongest reasons they engage with us—EDB isn’t the only vendor available. Others exist, though their scale and focus may be very different from EDB’s global presence, and the decision to obtain a vendor is the most crucial action for you to take in your journey with Postgres.

Want to make the most of your Postgres Database? Learn more about EDB Support and Services!

Multiple security patches for PostgreSQL and related software were released today at 0930ET, 11 Nov. These patches affect all supported releases of PostgreSQL and EDB Advanced Postgres Server, from the...
November 11, 2021

Securing data is mission-critical for the success of any enterprise, as well as for the safety of its customers. This article is intended as a comprehensive overview that will...
July 01, 2020

Auditing Users and Roles in PostgreSQL

One of the services we offer are security reviews (or audits, if you want), covering a range of areas related to security. It may be a bit surprising, but a...
May 11, 2019

By far the most common issues we see reported with the "one-click" PostgreSQL installers that we build here at EnterpriseDB are password related. In this post I'll explain what the...
July 28, 2010