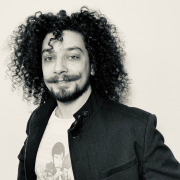 As part of my blog series about the “cnp” plugin for kubectl, this post is dedicated to the most useful subcommand from a Kubernetes Admin/DBA perspective: status.

In case you missed it, in a previous post we provided an overview of the EDB Postgres for Kubernetes plugin for kubectl, including installation instructions. Here we will show how the status subcommand works in detail analyzing a common use case scenario.

Having worked with PostgreSQL for many years, I believe that the status command is the most fascinating command that a DBA can use. It reveals the current status of a CNP cluster at any time, showing information about the current PostgreSQL primary and replication status of its replicas. Moreover, the status output includes details of the ongoing operations, managed by the CNP Operator itself: switchover, upgrades of the database container image, and many more.

Once installed in your machine, it is enough to run the following command to learn how to use it:

Global flags are the same as kubectl ones.

As suggested by the --help output, by default it prints the status of the specified cluster. Suppose our cluster is named cluster-example-custom—getting its status is as simple as typing:

This will result in a fancy output as shown below:

The first string tells the current status of the cluster (in a cool ANSI green!): Cluster in healthy state

It is useful to get a quick glance of the overall EDB Postgres for Kubernetes cluster. Moreover, the following lines expand the overview with more details:

The table includes some important aspects of the instance, shown as “✓” and “✗” marks to highlight the following boolean states:

In order to ease DBAs and Kubernetes admins work, we have introduced these two options:

As an example, the JSON format can be used in combination with the jq tool as follows, to get both received and replayed LSN of replicas:

We will show the status command in a real-life use case: applying changes to the PostgreSQL configuration that require a restart in order to be applied.

One of the capabilities of the CNP operator is to upgrade the database container image in an ‘unsupervised’ rolling update fashion (please refer to the documentation for details on this option and the ‘supervise’ counterpart).

This means that a complex procedure will be executed, during which instances are stopped, restarted one at a time, and a switchover automatically performed to guarantee business continuity.

Once confirmed that the new PostgreSQL configuration has been applied, the Operator will set the nodes as Pending restart.

Then the procedure will begin restarting replicas first.

Note that one of the replicas is not present anymore in the list.

Then a few moments later, the third node will come up again, while the second replica will be restarted as well.

The procedure will continue performing a switchover by promoting the most aligned replica as the new primary. Finally, we reach a healthy state again.

Now all nodes are up and running, and application connections are routed to the primary through the cluster-example-custom-rw service. It is worth mentioning the service’s endpoint is configured according to the current situation.

The ability to get an overview of the CNP cluster status, at any time, is a great help for an administrator. Many details regarding the instance's health, ongoing procedures, and replication status give a Kubernetes Admin/DBA the immediate idea of the overall situation.

This is due to the fact that the operator is designed to directly/natively implement and manage the primary/standby architecture of PostgreSQL, without relying on external tools for this purpose (like repmgr, Patroni or Stolon, to name a few). The status subcommand actually facilitates the human intervention on a EDB Postgres for Kubernetes cluster to keep it under control.

In my upcoming blog post, we will show how the EDB Postgres for Kubernetes plugin’s subcommands promote and certificate work, so keep an eye out!

If you’ve provisioned a BigAnimal cluster on Microsoft Azure infrastructure, you’re probably looking for the best ways to monitor its health and activity. Now you can use Azure Monitor Workbooks...
April 06, 2022

BigAnimal is EDB’s fully-managed Postgres database in the cloud. With BigAnimal, you can enjoy EDB’s unmatched Postgres expertise combined with the flexibility and scalability of cloud databases. We’re excited to...
March 22, 2022

Provisioning a PostgreSQL Cluster with TerraForm and Ansible

The popularity of PostgreSQL keeps increasing day by day, newer versions, capabilities and functionalities are constantly being added and incorporated by the community. Configuring a single PostgreSQL instance in its simplest...
November 05, 2020

Tablespaces are designed to allow Postgres clusters to be spread across multiple storage devices. Create tablespace creates a symbolic link in the pg_tblspc directory in the cluster's data directory pointing...
October 16, 2018

Common practice in relational database design is to utilize a non-repeating, ordered series of integers for primary keys (PK) and by extension, foreign keys (FK).  This practice has worked so...
November 04, 2015