If you’ve provisioned a BigAnimal cluster on Microsoft Azure infrastructure, you’re probably looking for the best ways to monitor its health and activity. Now you can use Azure Monitor Workbooks, specially configured for your BigAnimal clusters, to gain visibility into their operations.

Azure Monitor collects telemetry data on web applications, allowing for real-time visibility into performance metrics, usage, and alerts. Azure Monitor Workbooks allow you to build customizable dashboards using this data. We’ve built Workbooks for your BigAnimal clusters that are accessible directly from the Azure Portal with no need for you to take any extra steps. Let’s get into how to find and interpret the Workbook for your cluster.

You can find the Azure Monitor Workbook for your BigAnimal cluster by following the instructions in our documentation. Your Workbook should have a similar layout as the following:

At all times when navigating in the Workbook, we can select the Cluster from the dropdown list. Changing the value here will automatically update all the panes of the workbook to match the chosen Cluster value. The same applies to the Time Range timepicker.

Once we open the workbook, we land on the Overview tab. This tab presents an overview of the selected cluster:

We can then navigate through all the available tabs:

What Values to Look Out For

To monitor the state of your cluster, look out for the following values on each tab of your Workbook.

If the Postgres cluster is not behaving as expected, there might be something wrong. To better understand what is going on, here are some examples of graphs to check to identify if there is an ongoing problem:

Multiple primary promotions in a short period of time

Seeing unwanted multiple primary Postgres instance promotions in a short period of time is a sign of something that is not right in the cluster. It shows that the current primary node is not healthy and the cluster tries to promote another instance as primary multiple times in a row, proving that the new primary is not healthy.

Number of maximum allowed database connections
Check the hive graph for the current ratio, and the graphs below for the distribution over time.

The percentages in the hive cells are calculated based on the latest value of the metric and the maximum number of connections from the Postgres settings. 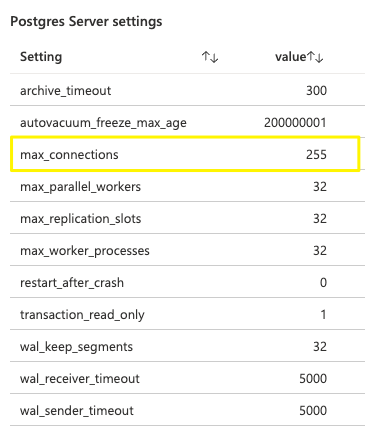 If the number of connections reaches its maximum, no new connection to the cluster would be possible.

Any number of deadlocks greater than 0 is a problem.

Check the PV used over time to make sure there is enough storage allocated for your cluster. If that percentage is too high, you might run out of space and have to either clean up some of the data or request a storage increase.
Here is an example of a cluster where almost 17% of the cluster storage has been used; there is still some margin before it becomes a problem. 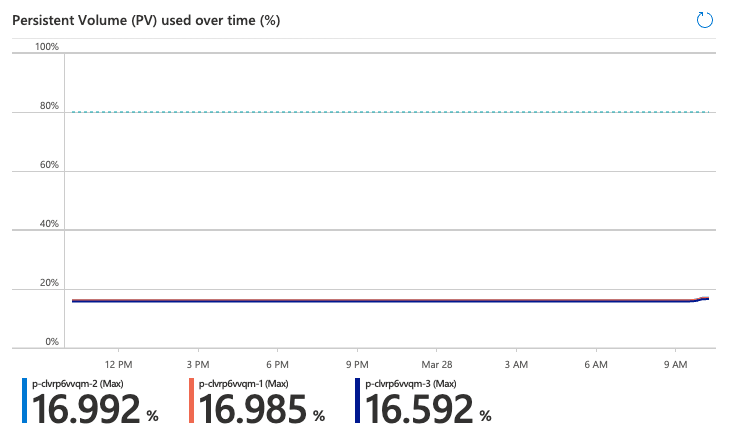 The built-in Workbook that EDB created for you can be edited with the proper permissions, but any changes will be overwritten after each release. If you want to use this Workbook as a “template,” you can clone and rename it by following these steps:

You will be able to edit your cloned Workbook at their own will, but any improvements made to the Customer Workbook by EDB won’t be reflected in the cloned version. The opposite is also valid: any changes applied to the cloned Workbook won’t be overwritten by a BigAnimal release.