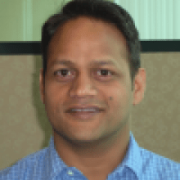 In January one of my colleagues, Kuntal Gosh, shared his benchmark with current and recent versions of PostgreSQL on an AWS m5.metal instance. In his benchmark, he has shown how over the few last years  that PostgreSQL’s performance has improved for the pgbench-type workload.

Using Kuntal’s benchmark scripts, we decided to perform another benchmark for PostgreSQL 12.2 on a similar machine equipped with multiple SSDs. Kuntal’s work is described in this blog entry.

For the new benchmark, we made some changes, which we will be sharing later. After tweaking a few parameters and adding extra mount points for more IOPs, we were able to achieve 70,000 TPS for the pgbench read-write workload. 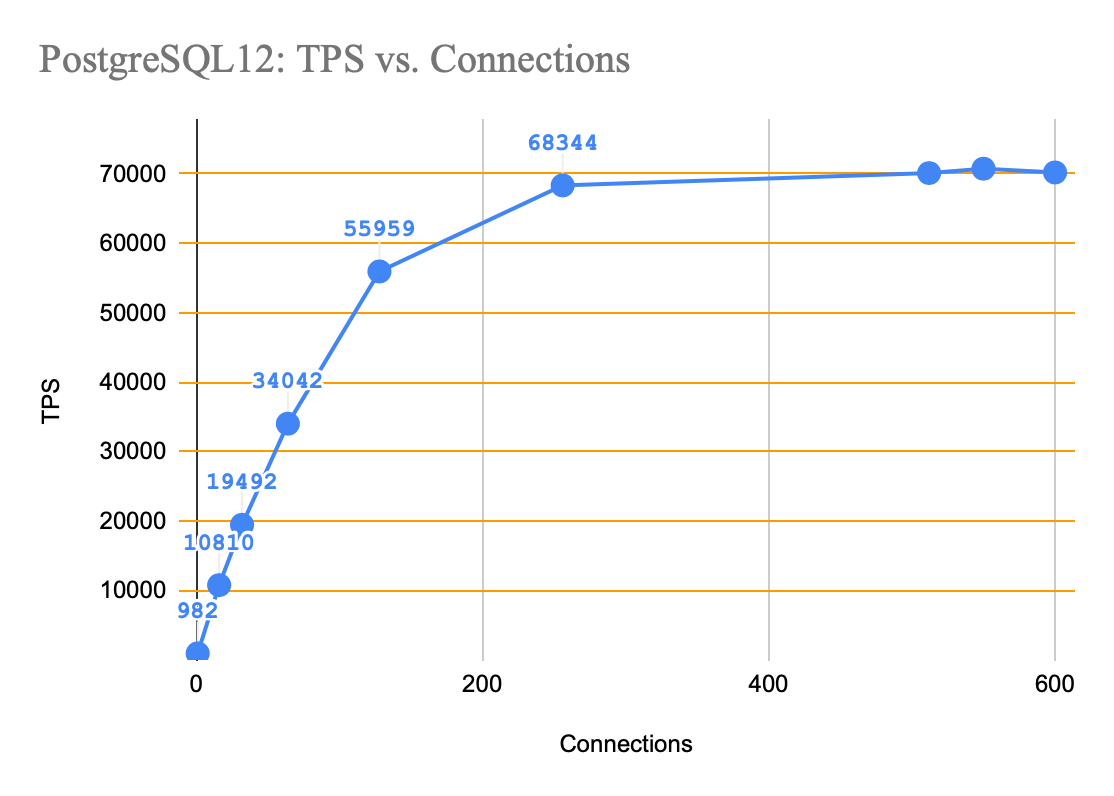 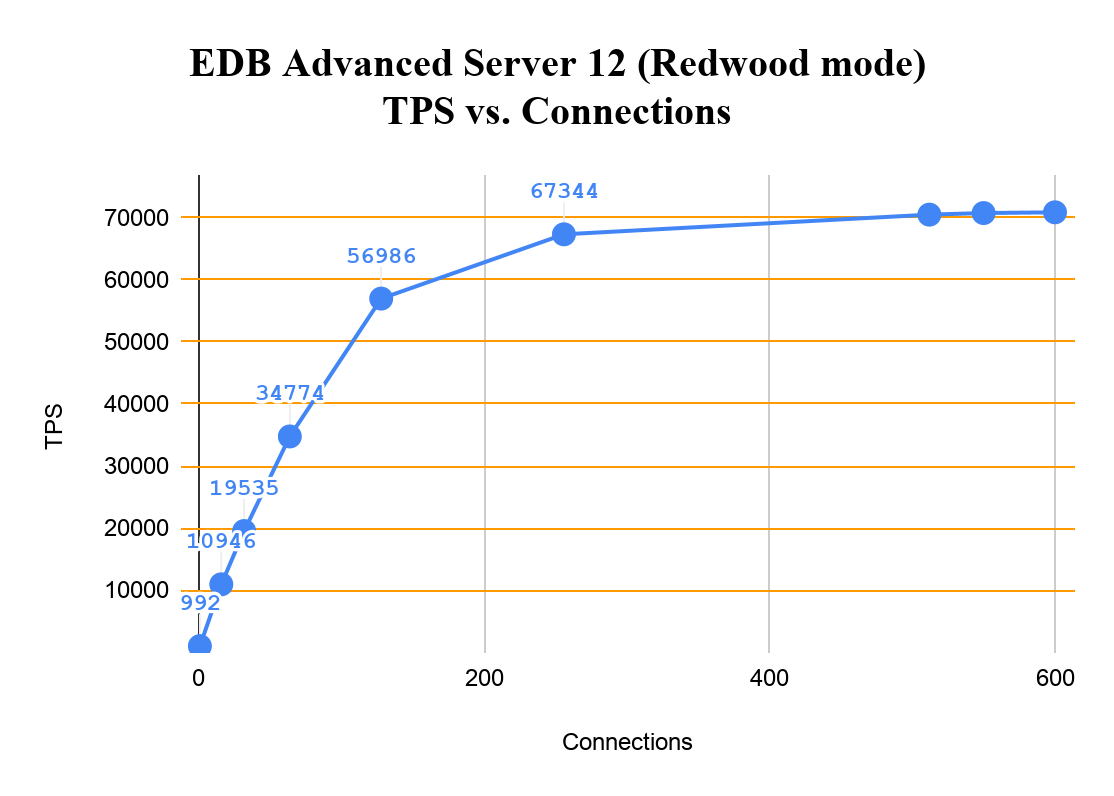 For this benchmark, we have used the pgbench utility, which comes with EDB Postgres Advanced Server binaries and used the same machine type as Kuntal’s blog.

For better I/O throughput, we decided to create three mount points with more Provisioned IOPs as mentioned in the below table. The mounted disks were configured with a read-ahead block value 8192 and using the deadline scheduler. The following table gives information about mount points, size, provisioned IOPs, read-ahead setting, and I/O scheduler of the disk which we used for the benchmark.

For this benchmark, we used CentOS Linux release 7.8.2003 (Core) Operating system and tuned the following parameters. We disabled Transparent Huge Pages (THP) because as per our past experience we have not seen any benefits for THP with pgbench workload. In some cases, we observed that THP was impacting the performance of the database by 2-3%.

We used the following initdb command with a custom WAL segment on dedicated mount points for WAL and indexes. We chose a custom WAL segment size, i.e.. 128 MB, because it reduces the number of WAL files in the WAL directory and, with it, Postgres performs better on write-heavy workloads.

Database size and tablespaces used for this benchmark are given in the following table:

As mentioned above, we used pgbench for this benchmark. Pgbench runs the same set of SQL commands multiple times and allows runs the transactions using multiple concurrent database connections. After running the transactions, pgbench gives the average transaction rate (transactions per second).  For more information on pgbench, click here.

In order to make the benchmarking process smooth, we created a database size of 200GB using the following pgbench command:

After creating a database of 200GB, we stopped Postgres and took a backup of the database using the following command:

After pre-warming the tables, we ran the pgbench command for a set of connections. We repeated the process three times for each set of connections and executed. The following is sample bash code from the set of scripts we executed for this benchmark:

The definition of pgbench_steps mentioned in the above sample code is given below. In the definition, a user can see we are using PREPARED statements and ${F_THREADS} = ${F_CONNECTIONS}

The following results show that with pgbench, we were able to achieve 70,000 TPS with PostgreSQL 12.2 and  EDB Advanced Server12.2.

Please note: All the parameter settings and configuration mentioned in this document are specific to the pgbench test. We highly recommend tuning the system based on a benchmark defined for your workload and infrastructure.